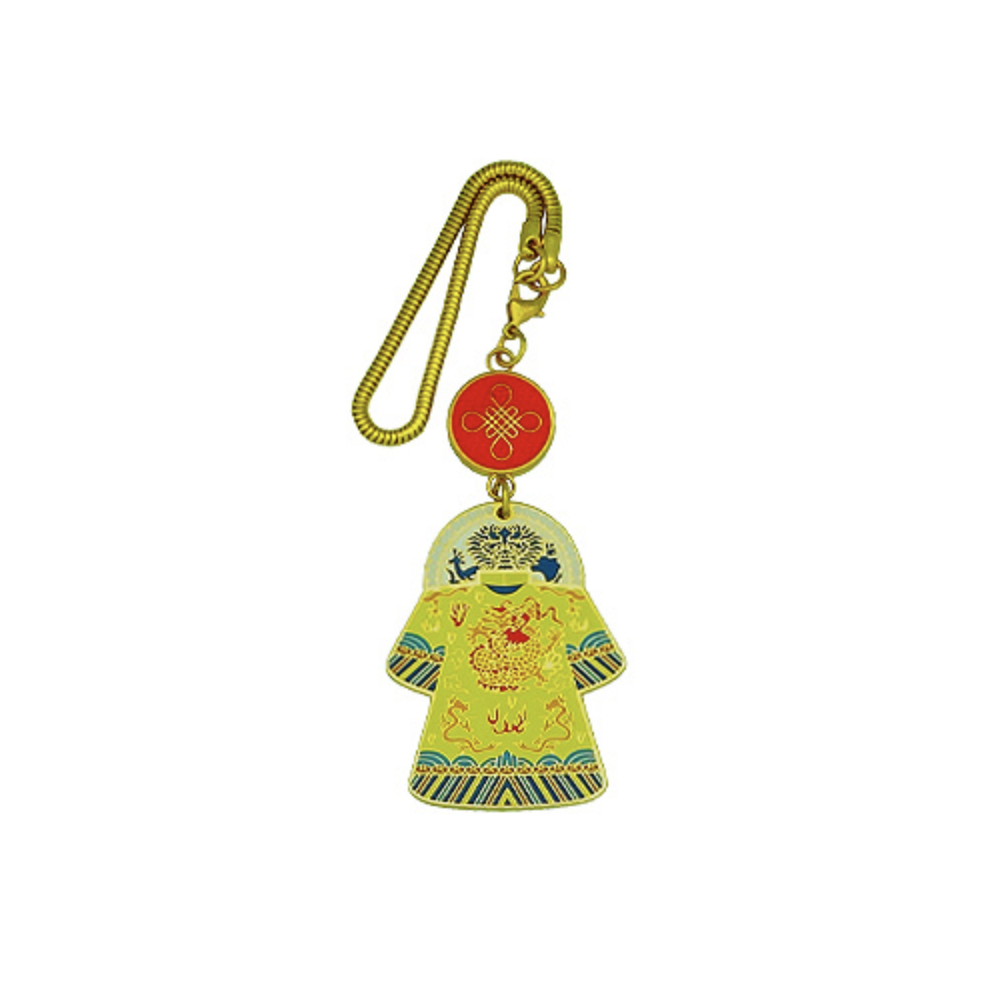 Emperor's Robe (a.k.a "Longpao" or Dragon robe) was the everyday dress of the emperors of China (after Sui dynasty). Unknown to many, the Dragon Robe was actually the most incredible and highest symbol of "wealth and power" in feng shui. It was the most important piece uniquely designed and allowed to be worn only by the supreme emperor thousands of years ago. The classics stated that a dragon robe enables endless Properity Chi to the individual regardless of timing. Various aspects of luck will be in harmony, giving endless or persistent prosperous chi. One of the benefits of having a dragon robe is that it overrides any bad fortune caused by having bad stars in one's destiny. Good fortune will last for 5 generations. Featuring the dragon robe, this amulet optimizes wealth opportunities and smoothens out bumpy paths in finances. It denotes the brand of wealth luck that sees you through whatever travails the year may bring. It steers great monetary opportunities in an explosive manner to propel tonnes of good harvest into your financial undertakings. Generating financial success and enabling you to build greater fortunes, the amulet is also especially helpful to draw good strategies and clever tactics for those who are facing tough competition in career/sales/business. The salient features and the importance of other auspicious symbols can be explained and elaborated as follows:

1. Treasure Chest - It was the main means of storage during ancient times. It will multiply your inflow of cash and materialize savings.

3. Phoenix - It balances out the yang energy from the dragon. It magnifies luck associated to human interaction such as: social linkage, popularity, relationship, fame, networking and recognition. Becoming interactively attractive is essential to elevate one to high social status, success in career and happiness in relationship.

4. Taoist Talisman of Luck and Fortune - It invokes divine power to bless you with good luck and fortune always.