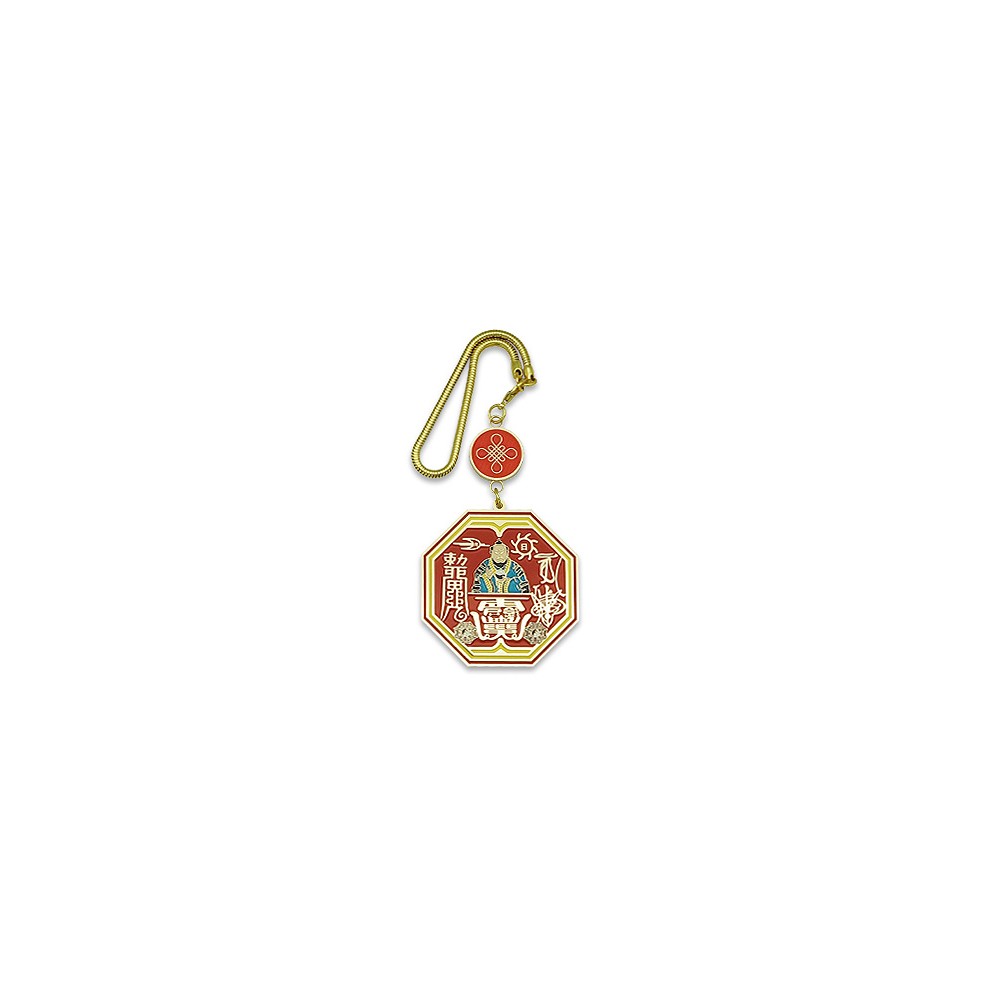 This amulet features Zhang Daoling (Patriarch of Taoism) and his most powerful incantation that diminish ghostly attempts and powerfully dissipate any evil energy charging over you. Two other incantations of his featured are "anti-disasters" and "diminish negativities and ghosts". This Taoist saint bestows safety from premature death and offers supreme protection against all forces that threaten your safety. The amulet ensures that you are not caught in the wrong place at the wrong time. This safety amulet provides protection against injuries, bloodsheds, mishaps, dangers and accidents caused by underlying supernatural realms. Auspicious energies will be at work creating an invisible aura of protection. You will be blessed with safe journeys at all times. Also featured are the symbols of bagua, sun, moon, White Umbrella Goddess and her mantra. The powerful Buddha of Protection who carries a white umbrella has the power to symbolically dispel any evil intentions of people who may want to hurt you. Be mindful that everyone is vulnerable to jealous intentions of unscrupulous people, enemies or competitors, so it is better safe than to be sorry. This mantra can also ward off black spells casted by the underlying currents of jealousy and making them harmless. It fights against illnesses caused by black magic and mysterious sicknesses due to dirty energy. The mantra is also directly romanized so that you can chant it the moment you are trapped in fearful situations. Next, the crossed vajra which is also known as the 'universal' vajra symbolizes the principle of absolute stability.