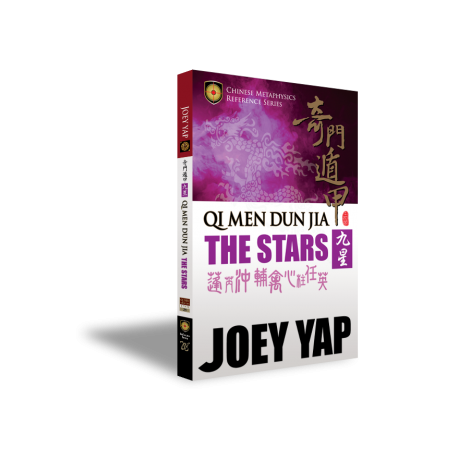 The Ideal Source for Everything in Qi Men
The study of Chinese Metaphysics makes a lot references to celestial objects, much like the 9 Stars which are based on stars known since ancient times. It is widely accepted that timing plays a large part in a person's successes and failures, and it is the Heavens that dictate the right time it happens.

The ancient Chinese developed an acute interest in the Big Dipper, and had practical uses for the Stars within that asterism. Many Chinese spiritual beliefs arose about the Stars and their connection to the changing seasons of the Earth.

Throughout history, people have noticed and written about these Stars under different names. For the first time, Qi Men Dun Jia: The Stars brings together a wealth of information on The 9 Stars. Tap into the various applications of Qi Men Dun Jia and discover how to recognise and interpret the guides and wisdom presented by these Stars. Gain a deeper understanding of one’s self and the surrounding world while connecting to a practice that has been around for centuries.