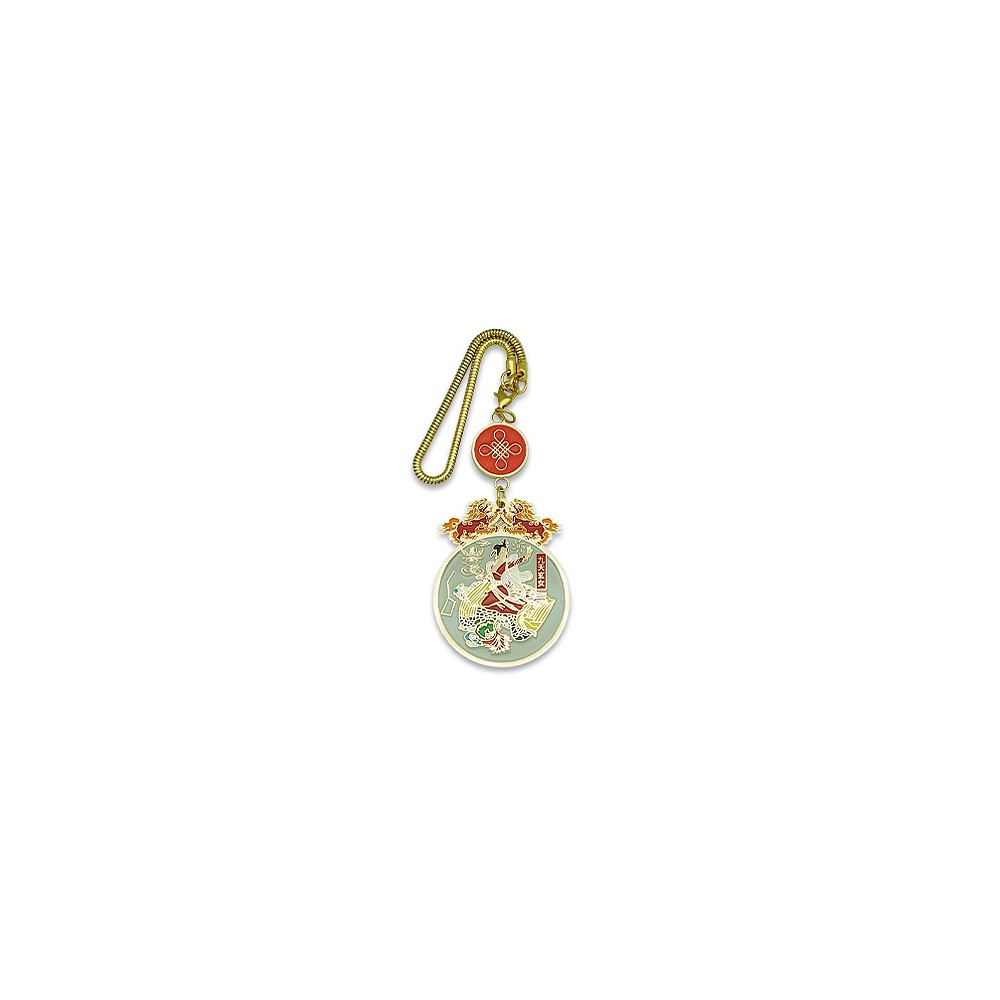 Featuring the Lady of Nine Heavens, it is also known as the Amulet of Anti-Misfortune. She is known to be the heavenly guardian of feng shui or simply the Feng Shui Goddess. Her role is to bless one with good feng shui luck. She has powerful control over all manner of feng shui on earth. She has the ability to perform 1000 changes for the better and remedy 10000 problematic situations. Carrying her amulet is equivalent to having someone who lends an unseen but beneficial helping influence to remove all feng shui "poisons" magically and safeguard you from misfortunes. She bestows safety from premature death and offers supreme protection against all forces that threaten your safety. Next, the amulet is consecrated by a taoist incantation that removes mishaps, disasters, accidents and negativities. Equally powerful, the Big Dipper symbol is said to arrange the fate of everyone, be it good or bad. Also known as Northern Polar Stars, the cluster of stars controls and handles the world's fortune. Taoists place high importance in Big Dipper's power. The next side of the amulet features the Four Celestial Guardians. Not everyone is lucky enough to live in a house that has the exterior environmental forms and landscape supported by these creatures. Carrying along their images will make up their absence in your home environment. They will look after family safety, prevent dangers and regulate your career, wealth, health, power and fame. Last but not least, the amulet in enhanced by a pair of fortune Fulins on top of it. With the power to drive away evil, the Fulins provide ultimate protection from theft and robbery, wards of evil spirits and harmful people, It is seen as the symbol of power and strength because of its ability to eat up the tiger and leopard besides having the ability to suppress and expel evil forces. All-in-all, auspicious energies will be at work creating an invisible aura of protection. Those whose zodiac forecast hint that you are vulnerable to misfortune will require this amulet to reverse the bad luck. You can carry along the amulet, hang it on your bag, hang it at your bedroom's door knob or hang it inside your car.